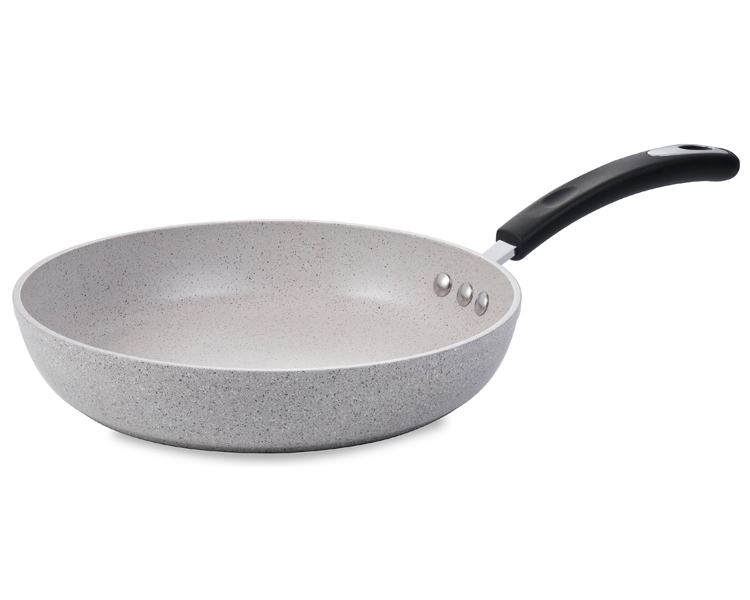 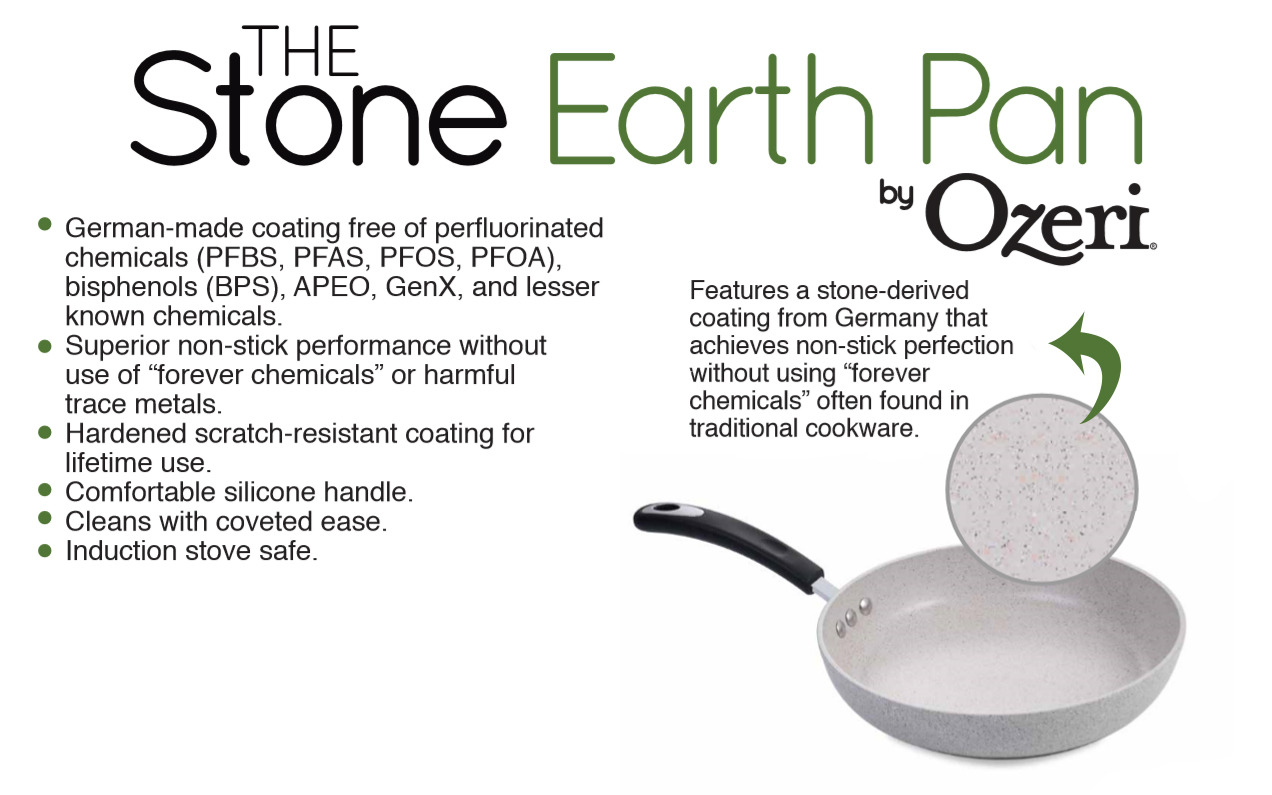 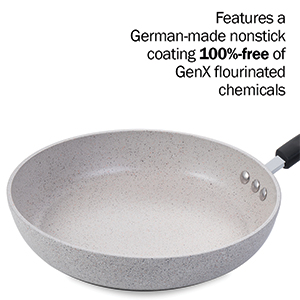 Conventional pans often achieve their non-stick performance with the aid of PFOA (PerFluoroOctanoic Acid), a potential carcinogen which the EPA has classified as a 'persistent pollutant of the environment', and APEO (Alkylphenol ethoxylates), which are under restricted use in Germany due to environmental concerns about their poor biodegradability and toxicity in the food chain. According to the EPA, once ingested, PFOA is capable of remaining in people for a very long time, and has been shown to cause developmental and other adverse effects in laboratory animals. Likewise, European studies have shown that APEO may be toxic to aquatic life, and has the potential to act as endocrine disrupters. With the Stone Earth Pan's stone-derived coating from Germany, even under high temperatures, no such controversial chemicals are ever passed on to you, or released into the environment. This is because the Stone Earth Pan utilizes an inert coating inspired by nature. In addition to being completely free of PFOA and APEO, the Stone Earth Pan is also far more durable and scratch-resistant than other non-stick surfaces. With better non-stick properties, the Stone Earth Pan consistently renders cleaning a breeze. The Stone Earth Pan by Ozeri is made of the highest quality die-cast aluminum that allows for even cooking with maximum heat retention. It boasts a magnetized bottom for rapid heat transfer on induction stoves, and a heat resistant silicone coated handle. Your satisfaction is guaranteed. STONEHENGE coating made by Weilburger GmbH, Germany. Final pan assembly in China.