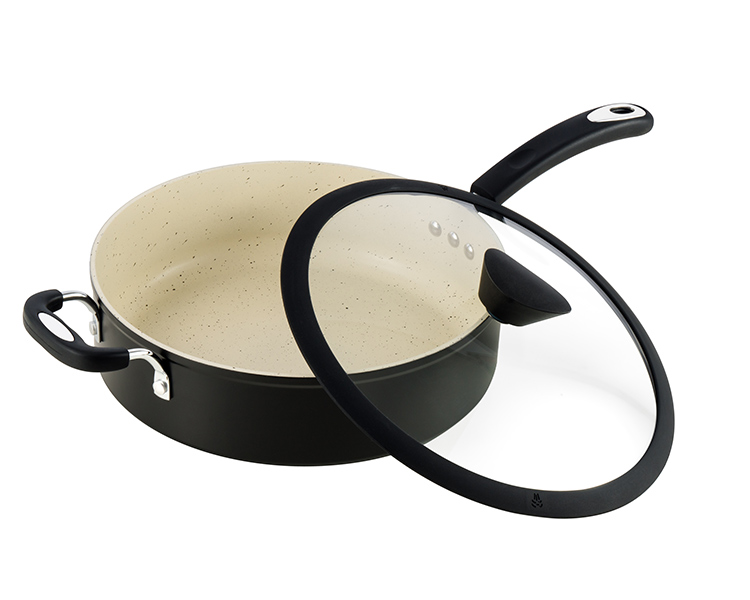 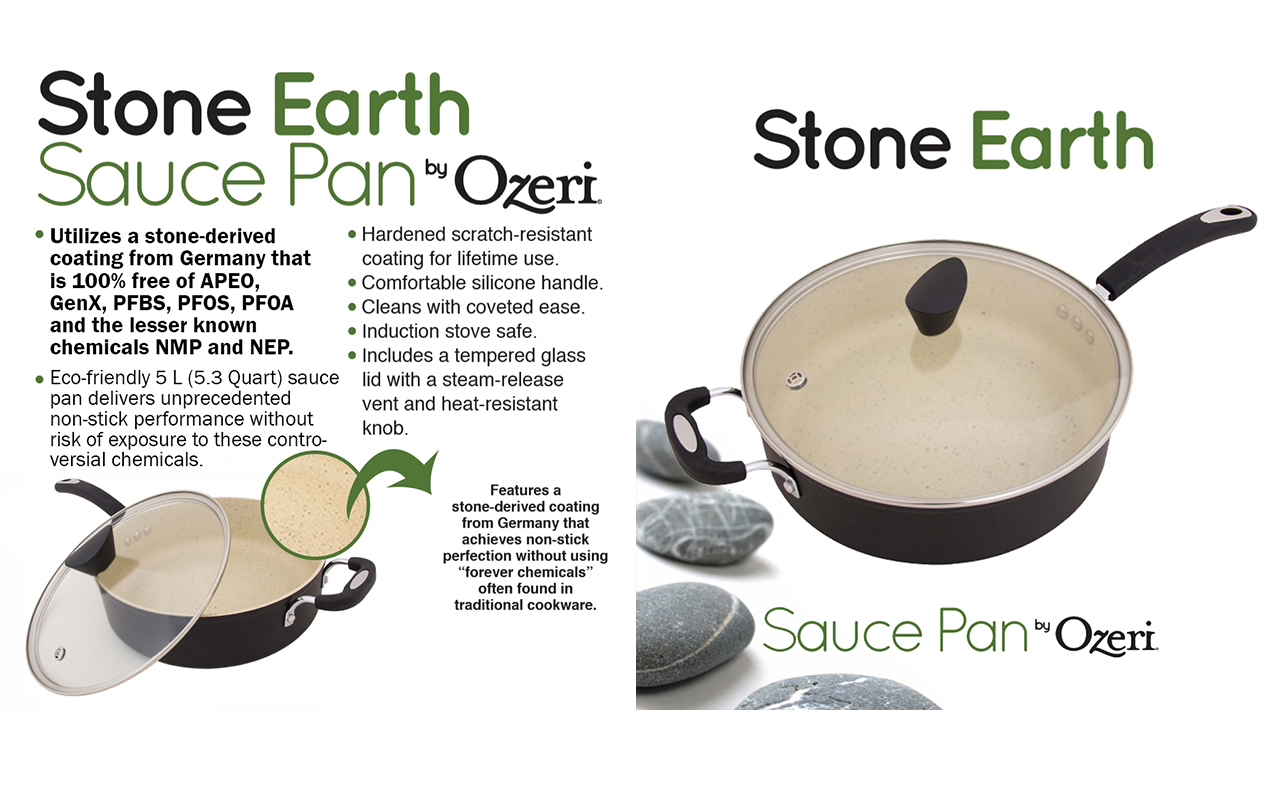 Utilizing a custom-formulated stone-derived coating from Germany, the 5 L (5.3 Quart) All-In-One Stone Earth Sauce Pan by Ozeri reigns with its ability to deliver non-stick perfection while remaining absolutely free of toxic substances such as APEO, GenX fluorinated chemicals, PFBS, PFOS, PFOA, and the lesser known chemicals NMP and NEP. According to the FDA, many of these chemicals constitute a worrisome class of nonstick and stain-resistant compounds that have found their way into the food chain, including grocery store meats and seafood. A federal toxicology report has linked a number of health concerns to the presence of these compounds in people’s blood. Although the harmful acid PFOA, and to a certain extent PFOS, have been generally phased out of production, non-stick coatings today are often made with the aid of a new generation of advanced fluoropolymers, known as GenX fluorinated chemicals and PFBS. According to EPA studies on these chemicals, the “data are suggestive of cancer” and when orally consumed, these chemicals may be capable of affecting the kidneys, blood, immune system, liver and developing fetuses. Also of concern are APEO chemicals (Alkylphenol ethoxylates), which are restricted in Germany due to environmental concerns and toxicity in the food chain.

Labelled ‘forever chemicals’ due to their poor degradability and tendency to accumulate in people’s bodies, the EPA and FDA have cited consistent studies of people exposed to many of these compounds that suggest associations with several kinds of cancers, liver problems, low birth weight and other issues, concluding that many of these compounds are more dangerous than previously thought. By not using these fluorinated chemicals, the All-In-One Stone Earth Sauce Pan's German-made coating stands ahead of the curve, achieving the highest marks for food safety and environmental health. In addition, the Stone Earth Sauce Pan uses an inert coating that is applied using a water-based Sol Gel Technique which is free of the lesser known but potentially harmful chemicals NMP (N-Methyl-2-pyrrolidone) and NEP (N-ethyl-2-pyrrolidone), sometimes found in traditional cookware. Hardened for longevity, the Stone Earth Sauce Pan is also far more durable and scratch-resistant than other non-stick surfaces. With superior non-stick properties, the Sauce Pan consistently renders cleaning a breeze. The Stone Earth Sauce Pan is made of a heavy-gauge aluminum core that allows for even cooking without hot spots. It boasts a magnetized bottom for use on induction stoves, a heat-resistant silicone-coated handle, a side helper handle for safe handling, and a tempered glass lid with a steam release vent and heat-resistant knob. Coating made by Weilburger GmbH, Germany. Sauce pan assembled in China. Your satisfaction is guaranteed.